Experimental researchers in political science frequently face the problem of inferring which of several treatment arms is most effective. They may also seek to estimate mean outcomes under that arm, construct confidence intervals, and test hypotheses. Ordinarily, multi-arm trials conducted using static designs assign participants to each arm with fixed probabilities. However, a growing statistical literature suggests that adaptive experimental designs that dynamically allocate larger assignment probabilities to more promising treatments are better equipped to discover the best-performing arm. Using simulations and empirical applications, we explore the conditions under which such designs hasten the discovery of superior treatments and improve the precision with which their effects are estimated. Recognizing that many scholars seek to assess performance relative to a control condition, we also develop and implement a novel adaptive algorithm that seeks to maximize the precision with which the largest treatment effect is estimated. 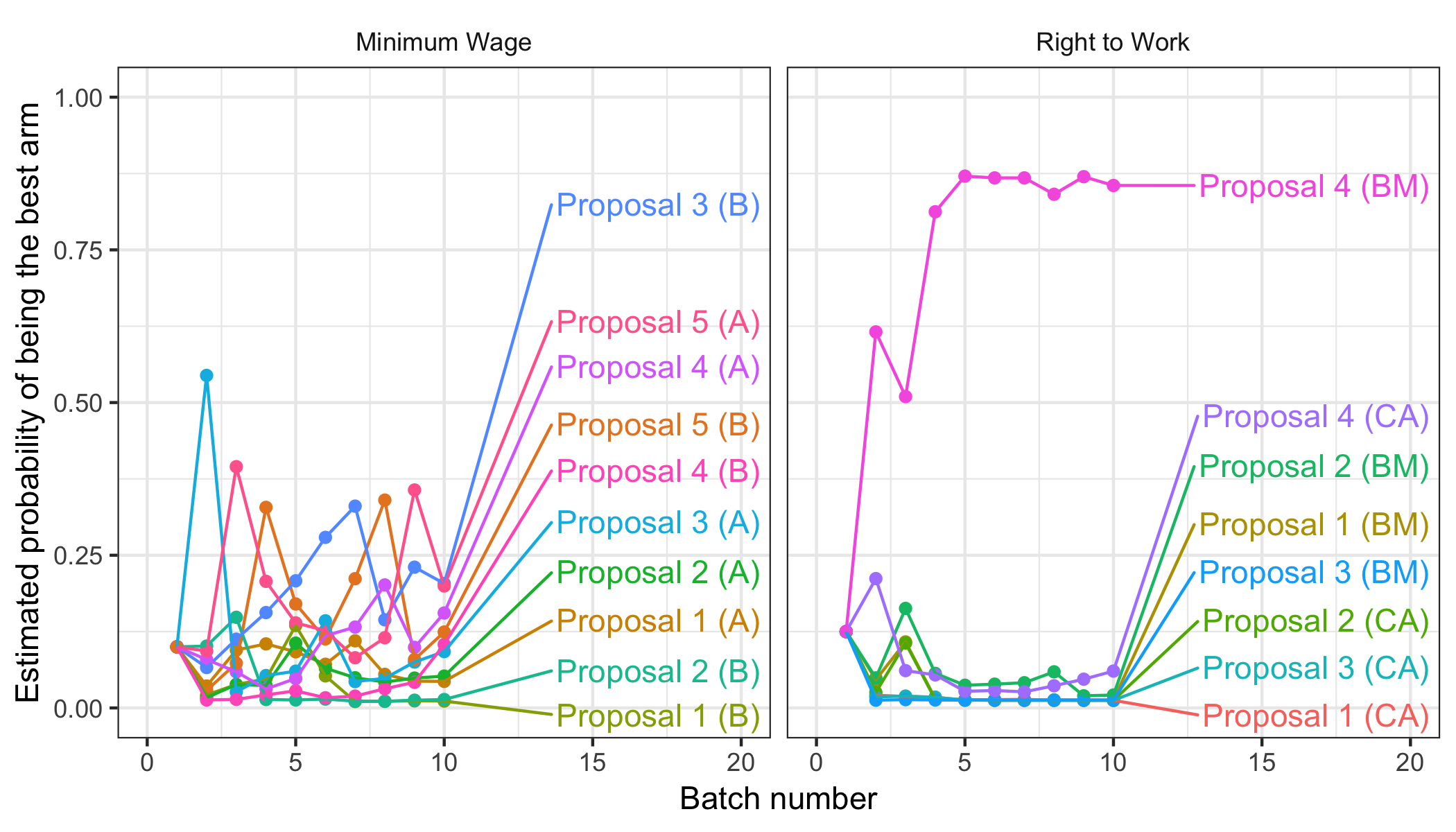